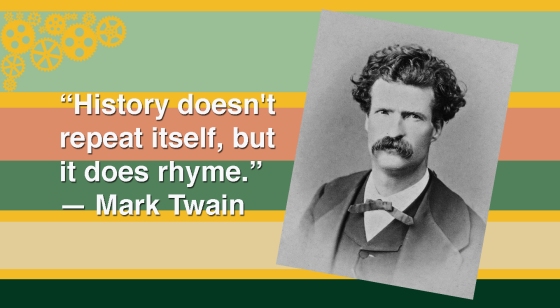 The above is a picture of what Mark Twain looked like in the 1860s next to the quote I’ve selected for Writer’s Quote Wednesday.

On 15 April 1861, President Abraham Lincoln called for 75,000 volunteers to quell the rebellion that would become the American Civil War. On the same day, four years later, Lincoln would die from a gun shot wound to the head. In the days that followed that, hundreds of people were arrested all over the United States under suspicion of conspiring to kill the president. One of them, Francis Tumblety may have gone on to become Jack the Ripper.

Twain was a deserter of the Confederate side, after serving for two weeks, and claimed to have been ignorant of the politics behind the war when he joined. Later, her reflected that the war was:

“A blot on our history, but not as great a blot as the buying and selling of Negro souls.”

Twain didn’t believe that history repeats it. The idealist in me likes to believe that is because we learn from it, but I do know better. Like each of us individually, we seem to collectively repeat the same mistakes over and over. I confess that I started thinking about the politics behind the American Civil War as I watched the various states taking sides over Indiana and their so-called religious freedom. 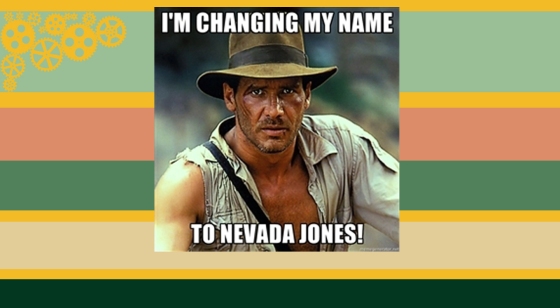 Thankfully, this didn’t start a war, but oh-my-gosh you know you’ve hired a terrible PR firm when the story breaks about you hiring a PR firm to make people stop talking about the embarrassing incident. Sadly, Indiana’s government is happily throwing $2 million at this problem and hoping it will go away, as they sit there, like a bumps on a log, ignoring the ways that its residents are marginalized, discriminated against, and bullied every day for their gender, or sexual orientation.

Incidentally, Twain coined the phrase “bump on a log,” during the American Civil War. It might not rhyme, but there’s definitely a strange poetry to that.

Because it’s April 15th, I feel I should be writing some sort of tribute to Abraham Lincoln. He certainly deserves tribute, but he has many and this is a blog about a dictionary. Lincoln certainly influenced culture and language, but I’ve selected Twain as my author today and his contributions to the English language are manyfold.

He coined so many common terms, like ‘bicentennial,’ or ‘bug,’ as it pertains to eyes, and ‘multibillionaire.’ So, I shall leave you today with a brief selection of Twain’s contributions to the English language.

Support the project through my GoFundMe page, or visit my shop.